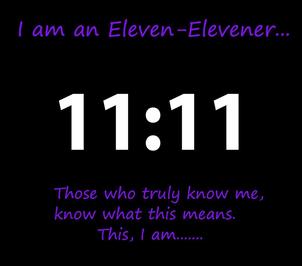 Here is the latest regarding JK and APM...

the Mood GrOOve album release date has been moved up to Nov 4 2020 by popular demand!!!

the Mood Groove  has PROUDLY signed a Record Deal with  Melodicrock Records for the Worldwide release of "Some Left Some Stayed."  Click the MRR link above to pre-order now!!

Also,  currently in production on Fiction Syxx's 3rd album titled, "The Ghost of my Father's Past."

Be watching for this album early next year!!

There are sevearl other great albums and projects I am currently working on...stay tuned!

Wow!  What a crazy world, right?  Sorry I haven't been updating as usual, but...I've been very busy :)  I'll bring the updated news asap!

Holy shit!  I know you know what I'm talking about!!!

Other than that, I've been very busy working with several artists.  I have been fortunate that I can work on all of these albums "remotely" so that I can stay busy and healthy!!!

I am available for mixing, mastering, musician services and more, just call the studio, or email me on the contact page.

Peace and be safe...

The Mood Groove "Some Left, Some Stayed" CD is out!!  Click here for Purchase info.

The Mood Groove "Some Left, Some Stayed" CD is now available for Pre-orders here on my

Go there to read all the info and get your pre-order goodies!

Working with several other projects and will keep you informed.

Been very busy in the studio working with several different artists!

-Stoneflower- Out of Sweden.  I just finished the Mastering for their upcoming album...tba!  Fantastic AOR music!  Watch out for their release tba.

Lot's of other surprises to announce soon!!

I'm Back!!!  Sorry for not updating sooner.  I've been very busy working on several projects and albums.  Did I mention XYZ????

The new Mood Groove album, "Some Left Some Stayed", is finished and will be available soon!

Now available to purchase on at  MelodicRock Records!!  <---click the link

I have finished mixing and Mastering the Fiction SYXX "The Alternate Me" album!!!  Coming out soon (tba) on MelodicRock Records!

The new Mood Groove new album is coming along nice!!  More on this as it progresses!!  I am very excited about this album.

Been doing a lot of other projects including mixing and mastering for Duane Morano, Jim Shepard & David Cagle and many others.

Been RAWKING on the new Fiction Syxx songs now in production!!  Also have been writing and recording the next Mood Groove album!!  A lot of new music coming up.

Lot's going on!!  Working on the follow up of Fiction Syxx.  New album coming soon called "The Alternate Me".  Looking at Late 2018, early 2019.  I have been doing tons of mastering (see Clients and Credits).  Much more coming...

​In case you haven't heard, I have TWO new albums out now!!  JK Northrup & David Cagle- "That's Gonna Leave A Mark" album via MelodicRock Records and The Mood Groove out on Escape Music Ltd., both worldwide!!!  Click the links to purchase, or go to Amazon and other outlets!!

I am very proud to announce the signing and release of the JK Northrup & David Cagle- "That's Gonna Leave A Mark" album via MelodickRock Records!  Release date is March 30th and I will provide the direct link to purchace as soon as pre-orders are available.  Meanwhile click the link on the title to read more.

But that's not all.  I will have another great announcement in a few days!!!

Last year was amazing for me and my career.  I Produced, Mixed and Mastered many fantastic albums!  I co-wrote songs for the Great White "Full Circle" album. The Scherer-Batten album I Mastered for MelodicRock Records was in the running for a Grammy in which I was in the initial nomination for Best Engineering or Mastering.

I survived cancer (Basal Cell Carcinoma) and completed 2 new albums that I Produced, Recorded,  Mixed, Mastered, Co-wrote all songs and am Playing guitar on which are being released in 2018...(TBA)!

Also, the Fiction Syxx "Tall Dark Secrets" album which I Produced, Mixed, Mastered, Co-wrote a song and played guitars on was a big success!  Now the follow up album is already in progress to be released on MelodicRock Records (tba) :)

Stay tuned, as I will soon be announcing dates and info on my two new albums!

WOW!!  So many amazing things going on!  I have to wait to announce some of the great news, but I'll start by announcing that I am consolidating both of my websites, jknorthrup.com and alienproductions (alien1111.com) to this one website!!  Since they are both about my personal and business, there it is!!!  Check in for updates regarding both!

You can purchase the CD or download at the Escape Music website..or at Amazon!!

Wow!  A lot has been happening!  I can officially announce that I have Mastered an amazing album by Marc Scherer and Jennifer Batten, called Scherer-Batten "BattleZone" for MelodicRock Records!  The album was produced by Grammy Award winning songwriter and producer, Jim Peterik.

Jennifer Batten is a world class guitarist best known for her work with Michael Jackson and Jeff Beck.

Another very cool mastering job I did was for Escape Music.  The unreleased album for Target, featuring legendary singer Jimi Jamison, best known for his work with Survivor being released tba!

Fiction SYXX- Tall Dark Secrets is now out and available to purchase at MelodicRock Records!!

Earlier this year I was co-writing with Terry Ilous and Mark Kendall for the new Great White album "Full Circle". I co-wrote "Movin' On", "This is the Life" and "Never Let You Down". Great album!! Produced by legend Michael Wagener.

Oh, and I am involved in the writing, mixing, mastering and performing on 3, no 4 other albums TBA!!!!

Wrapping up final mixes for Fiction SYXX!!  Great news on that coming soon.  Look for a July release.

Also The Mood Groove album is in the final mixing.  Look for a June release!!

Writing songs that will appear on various artist albums!!  In the final mixes for a killer Metal band called Death Of Reason!!  Be watching for that one.

Hey everyone!!  Things are coming along nicely for all of the recording projects I'm involved in at the moment.  I still have to wait for another week or so to make a big announcement :)

Check the new Mystery Solo and the previo0us ones on the home page.  Enjoy..

I've been very busy in the studio in January!!  I have some amazing good news.  I'm currently co-writing songs for a major band and will announce WHO soon!  Also getting closer to finishing the Fiction SYXX album.  Another very cool project I'm co-writing, co-producing and playing on is The Mood Groove, which will come out in the summer this year!!

Merry Christmas and Happiest of holidays everyone!!  I am looking forward to 2017 as it will be a great year indeed~

Let me start by saying that 2016 was a great year and a hard one to get through at the same time!   I've been working with so many great bands and artists on the recording, mixing and mastering side, as well as writing and making new music for 2017.  I am excited about each one of them.

Here are a few... Bryan Cole, The Radio Sun, FICTION SYXX (Mark Allen Lanoue), Adam Charles Ersnt, Niviane, Red Sky Sunrise, The Mood Groove and many more!  Some are finished and some are going into 2017  Many thanks to Andrew McNiece at Melodicrock.com!

I will let you know more as soon as I am allowed ;)