-1984-85- Wrote songs and played guitar on two records for Warner Pioneer recording artist, Steffanie, as well as toured, appeared on television and in her videos.

-1985-86- Joined EMI Recording artists Rail, again touring and opening for Ted Nugent and others as well as headlining many shows.

-1987-89-Formed the band Northrup with singer Johnny Edwards (Montrose and later Foreigner, Royal Jelly). During this time, we wrote and recorded many songs. One song we wrote together, "Ready for the Rain", was later recorded on the Foreigner, "Unusual Heat" record in 1991. I also recorded and performed on the King Kobra lll CD with legendary drummer Carmine Appice. Three of my songs were featured on that CD including "Walls of Silence". Also appeared on MTV in the video for the song Take it Off. Some of my songs were used for television, including episodes for Michael Landons hit television series, "Highway to Heaven".

-1997- Co-wrote, played Guitars and co-produced the CD, "Flynn", The Day I Spoke to Dog with singer Terry Ilous, released on VIP Records. This CD also featured another legendary drummer, Vinnie Colaiuta (Sting and many others).

-1998-2002- Released the self titled CD, JK Northrup on Metal Mayhem Music with recordings from the 1988-90 era with Johnny Edwards on vocals. Produced numerous bands in the United States and wrote and/or produced songs for commercials for such companies as Disney, American Express, Intel, Microsoft, HGTV, Earthlink and numerous others (this continues through to the present).
The JK Northrup "Play it on 11" Best Of is released July 8 2002 on MTM Music. My instrumental song "I.M.N.U." is featured on the Jason Becker Volume 2 tribute CD on "Lion Records". Also, another instrumental song, "Remember Me" was featured on the NYC Charity CD out on "Now and Then/Frontiers Records" benifiting the families who lost loved ones in the Sept. 11th tragedy and the Red Cross. Also scheduled is
the release of a song written by myself and Phil Naro called Bad Boys in the Hard Luck City for the CD, Naro on Z Records.

-2003- XYZ "Letter to God" CD is released. I co-wrote, co-produced and played all guitars, as well as engineered and mastered it.

-2004- Shortino/Northrup "Afterlife" is released on MTM Music. All songs were written by myself (with the exception of two were co-written with Johnny Edwards). I also recorded, mixed and mastered it.

-2008- Played guitar on the upcoming Tima Montemayor album. Wrote songs for and began co-production for Alyssa Atherton. Recorded and produced numerous bands. Mixed and Mastered China Blue "Twilight Of Destiny" for Frontiers Records.
Recorded, produced, arranged and played all instruments on a rock version of "You're A Mean One Mr. Grinch" for the "Rock 4 Xmas Foundation" charity compilation cd.

-2009- Tima Montemayor "In This Trance"album in released. Played Guitars on the title track for the Liberty N' Justice album called "Light It Up", featuring Phil Lewis of "LA Guns" on lead vocal. Contributed the song "That's Gonna Leave A Mark" to the MRCD5 "Writing On The Wall" Compilation CD!

-2010- Liberty N' Justice "Light It Up" is released. I played guitars on the title track, along with Phil Lewis of LA Guns on vox.
Mixed and Mastered the album for Prime Suspect (Frontiers Records), as well as many local bands and artists.

-2011- Recorded, mixed and mastered the just released album, Bridger (Escape Music) in Europe, featuring Terry Ilous on vocal. I also played additional guitar and bass. Soon to released here in the US and Japan.
Played guitar on the song "Throwing Stones", which also features singer Donnie Vie (Enuff Z' Nuff) on the album, Liberty N Justice "Chasing A Cure" (Roxx Productions). I also co-wrote and played on two other tracks, "When Mullets Ruled The World" (click on title to watch the video on you tube) featuring Philip Bardowell on vocal, and "Butterface", featuring Mark Allen Lanoue on vocal..
I re-mastered the classic "Taxxi" album and "MRCD8" compilation for Melodic Rock Records.
The "Liberty N' Justice single "Sin" featuring ex-Warrant singer "Jani Lane" (RIP) is released on Itunes worldwide. I wrote the song along with Justin Murr. It was also co-written by Jani Lane, Keri Kelli and Scott Bolen. "Sin" also features Keri Kelli (Alice Cooper), Bill Leverty (Fire House) and myself on guitars. It was mixed and mastered by me as well.
Produced, wrote the music and performed on Angela Kay Rylands ep called, Brandi Sue Ryland "Everlasting" (feat JK Northrup).

-2012-New Liberty N' Justice album "Hell Is Coming To Breakfast" being realeased March 27th on Roxx Productions. I co-wrote 6 of the songs with Justin Murr and played on all 6 tracks. I also mixed and mastered those six songs.
-The single "Stayin' Alive" featuring Kip Winger and JK Northrup is released on Itunes and Amazon.com from the upcoming Liberty N' Justice two disc set
-Co-wrote, mixed and mastered the song and title track "15 Years Later" with Justin Murr for the MRCD9 compilation.

-2014-JK Northrup & Friends, "A Collection of Duets & Ballads" is released in September.

-Recorded, mixed and mastered many great local and international artists.

-Recorded, mixed and mastered The Mood Groove- "Why Kiss The Sky"- Dick & Ed's Project of Transparency.

-2016-This has been an amazing year!  Again, I have worked with lot's of bands and artists here and abroad, mixing, recording, mastering and more!  Bryan Cole, The Radio Sun, FICTION SYXX (Mark Allen Lanoue), Adam Charles Ersnt, Niviane, Red Sky Sunrise and many more!  Many thanks to Andrew McNiece at Melodicrock.com!

-Co-wrote 3 songs with Terry Ilous and Mark Kendall for the new Great White album "Full Circle".  Songs, "Movin' On", "This is the Life" and "Never Let You Down". Great album!! Produced by legend Michael Wagener.

​-2018-Mastered the following albums- CITA "Relapse of Reason", CITA "Heat Of Emotion", Guild Of Ages "Rise" and Jon Butcher Axis "Stare At The Sun all on Escape Music LTD.

-2020-21- The Mood Groove, "Some Left Some Stayed" is being released Worldwide on Feb 1st, 2021 through Melodicrock Records!!  Produced, recorded, mixed and mastered by JK.

-2021- Fiction SYXX "Ghost Of My Fathers Past" is released on Gemini Rising.  Produced, recorded, mixed and mastered by JK. 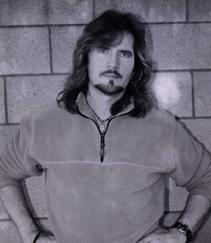 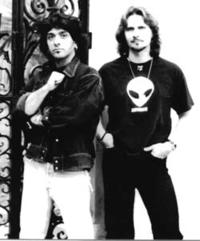 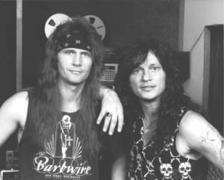 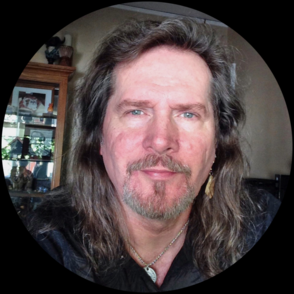 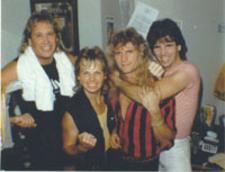 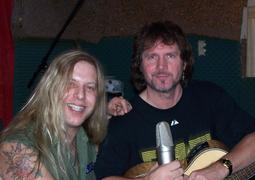 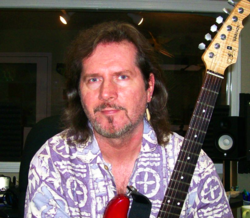 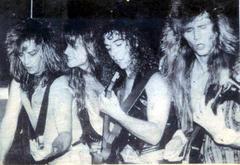 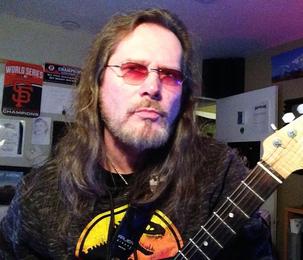 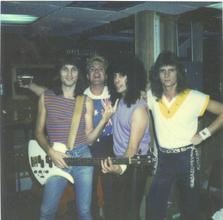